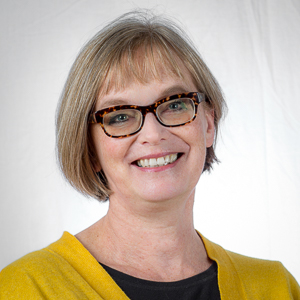 This  guide provides an overview of Special Collections resources that have been used for class visits of HIST150W Narratives of Empire and HIST368 Race, Class and Gender in the British Empire.  The featured primary printed and manuscript resources from our collections can be requested outside the class visits as well. Just bring your student ID to register. You can also use your laptop and a digital camera. For more information about your research visit, click here.

Primary Resources from the Manuscript Collections

Scope and Contents: Correspondence, clippings, photographs, and papers of Charles Mills Sheldon (1866-1928), British illustrator and war correspondent. Letters were written primarily to his wife, Grace, of London, and often contain detailed descriptions of his experiences abroad. Some of the topics discussed in his correspondence include the Sudan (1896), Cuba (1898), the Spanish-American War, Egypt during the opening of the Aswan Dam (1902), the Durbar in India (1903), and Spain during the royal wedding and attempted assassination of Edward VII of

Scope and Contents:  Diary, 1920, of Alexander Cathcart Bruce, a soldier in the British Army. It details his trip to Luxor, Egypt, and his visits to many Egyptian monuments. Places he visited include the Great Temple of Amun, the Temple of Khonsu, the sarcophagus of Amenhotep II, the Temple of Koornah, and the Colossi of Memnon, as well as others. Includes photographs.

Scope and Contents: The diaries were written between 1915-1922 by Munshi Radha Mohan Lal B.A., a Nazim, city magistrate in the Princely State of Jaipur, today's state of Rajasthan, in northwestern India. Radha Mohan Lal served as the Nazim, first in Sambhar (1915 - 1918), then in Jaipur (1918 - 1922). He was the official ultimately responsible for the courts in those cities, which were under the authority of the Council of Regency and the Ministers in Jaipur. The government officials at the time were: H.H. the Maharaja of Jaipur/ Maharajadhiraj, Sawai Madho Singh II (1880 - 1922), the Chief Minister (Dewan), Amar Nath Atal (1916 - 1922), and the British Resident, Robert Arthur Edward Benn (1915/16 - 1922).

Radha Mohan Lal was approximatey 40-47 years old when he was writing his diaries. He was likely a Hindu and had a living father, wife, and children. He attended the Jaipur College with Hakim Indermul, who lived in Jodhpur at the time the 1916 diary was written.

The diaries are in great condition and all entries are legible. They are written in English, with very few words, phrases, dates, or notes written in Hindi and Urdu, one of the co-official languages in the general area today. There are entries for every day of the year, with some exceptions, the period from January 1917 through March 1918 being one of them. Some of the front pages contain Nazim's official stamp and the last pages contain random note.

The diaries offer insight into the professional and private lives of native provincial officials in the Princely States of British India, into the role rail, salt, and other commodities, such as sugar cane, played at that time, and into the everyday life in the Jaipur area (pastime activities, habits and traditions, ailments and diseases from which people suffered, weather and how it influenced agriculture, etc.). Although the majority of the diaries were written during WWI, there is very little content related to the war.

Scope and Contents:  Correspondence, photographs, and military papers concerning the World War II service of 2nd Lt. A.N.C. Lina Nancy Potter (1901-1975) of Narragansett, Rhode Island. Potter enlisted in the United States Armed Forces in 1942 and served as a nurse in a military hospital in India from 1943-1945. This collection consists of 23 letters of her outgoing wartime correspondence to family (her Aunt Harriet E. Weaver and Uncle Charles Weaver of Rhode Island) in the United States, her military papers, and three wartime photographs of Potter and her fellow nurses. Potter's correspondence is of special interest because Potter was allowed to censor her own letters (perhaps because she was an officer) before they were sent to the United States. Thus, Potter's correspondence contains a log of wartime conditions at a hospital near Burma, India. Her letters discuss poor food and housing conditions, status of her work in India, the war in India and China, and aspects relative to women's history during the Second World War.